Belgian architect Henry Van de Velde realised at the end of the 1930s, in Ghent, a vast university complex in modernist style, comprising, among others, a university library holding 3.000.000 books. This listed building, including all levels of the so-called ‘book tower’ standing at its centre, are undergoing restoration. Rotor DC intervened to dismantle, clean and package part of the original bookshelves from the tower, which needed to be taken out for renovation works. Thanks to this intervention the shelves will reintegrate the building for which they had been custom produced after completion of the works; moreover, this will happen at a lesser cost then should new shelves had been produced. The commissioner draws a triple benefit from the operation : an economic, a patrimonial and an environmental advantage.

Part of the materials that had become redundant were offered for sale trough our store. 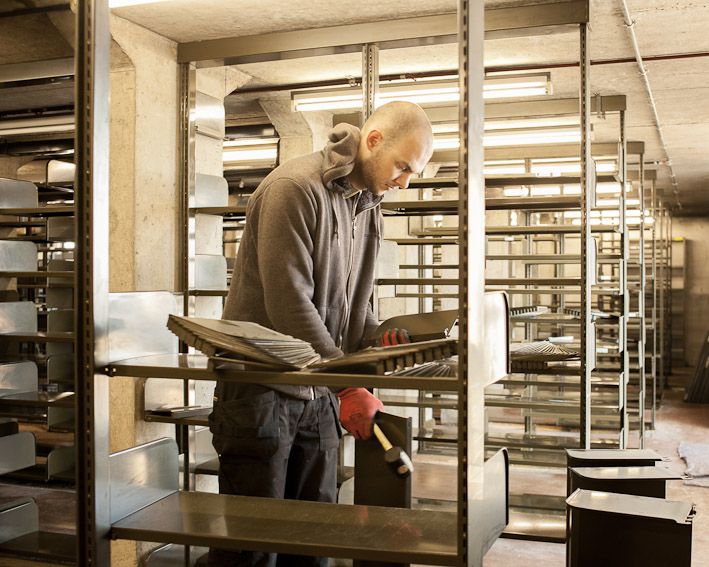 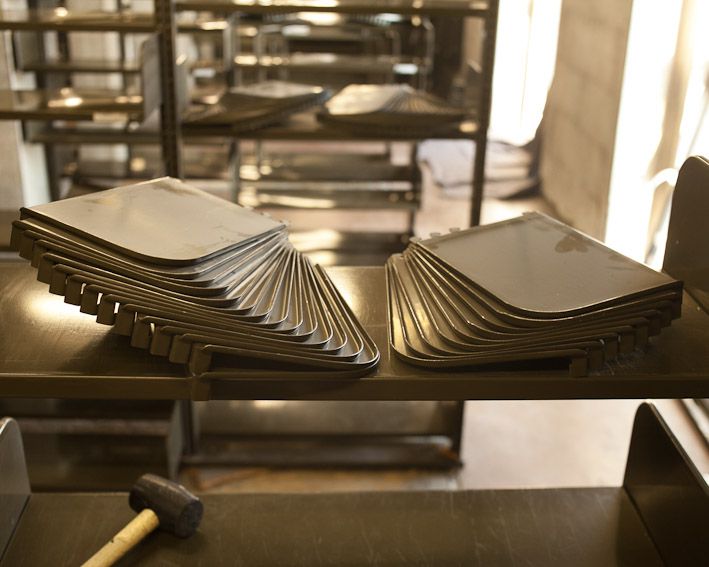 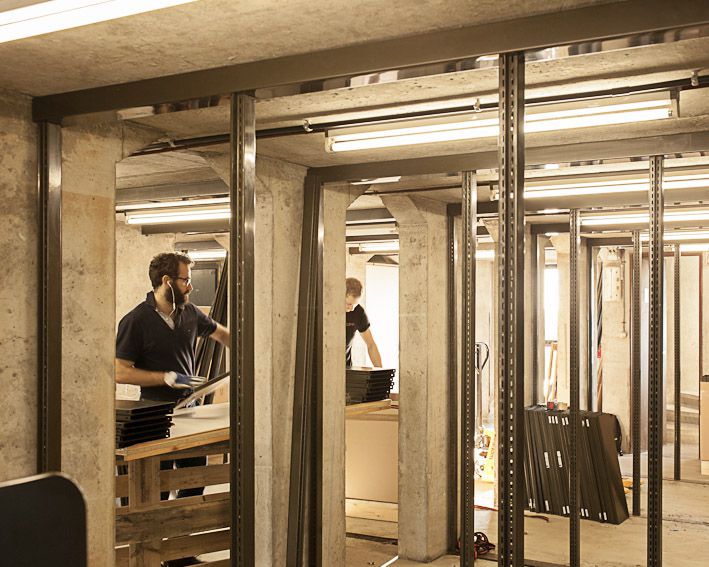 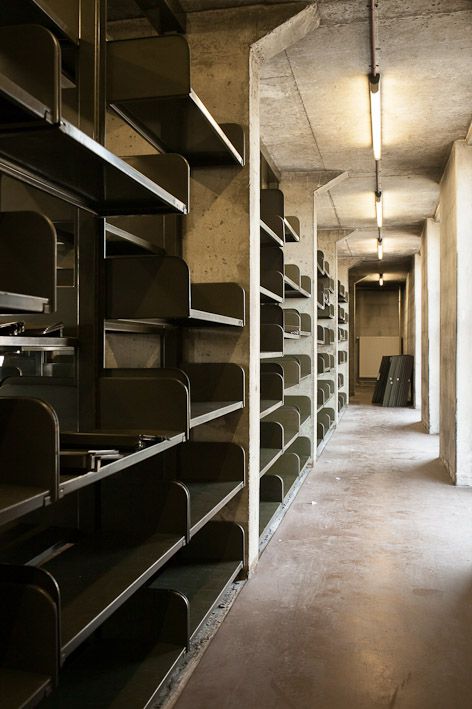 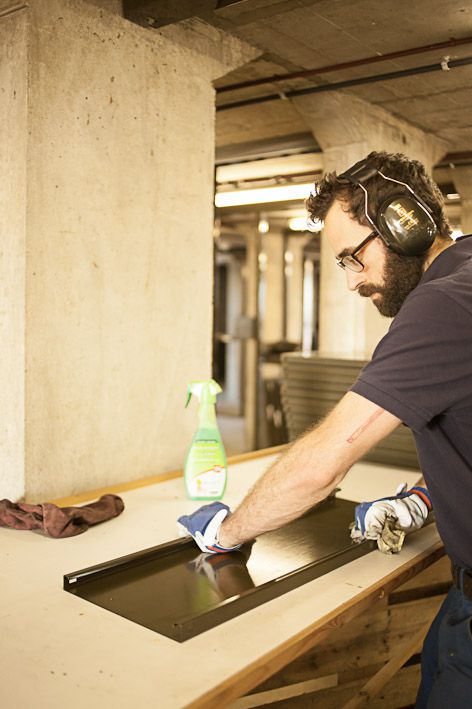 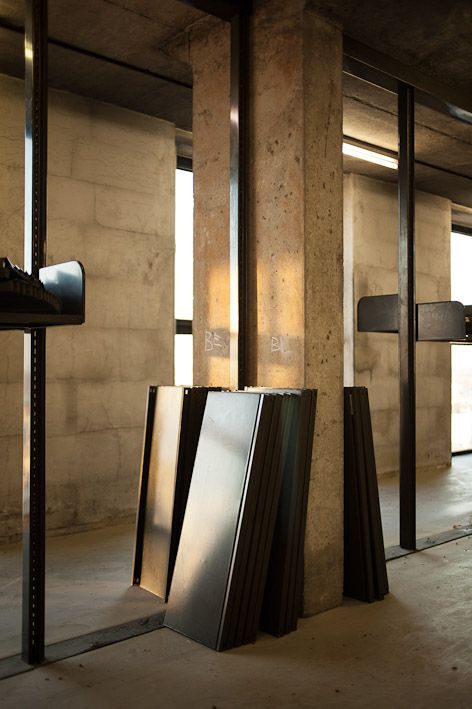